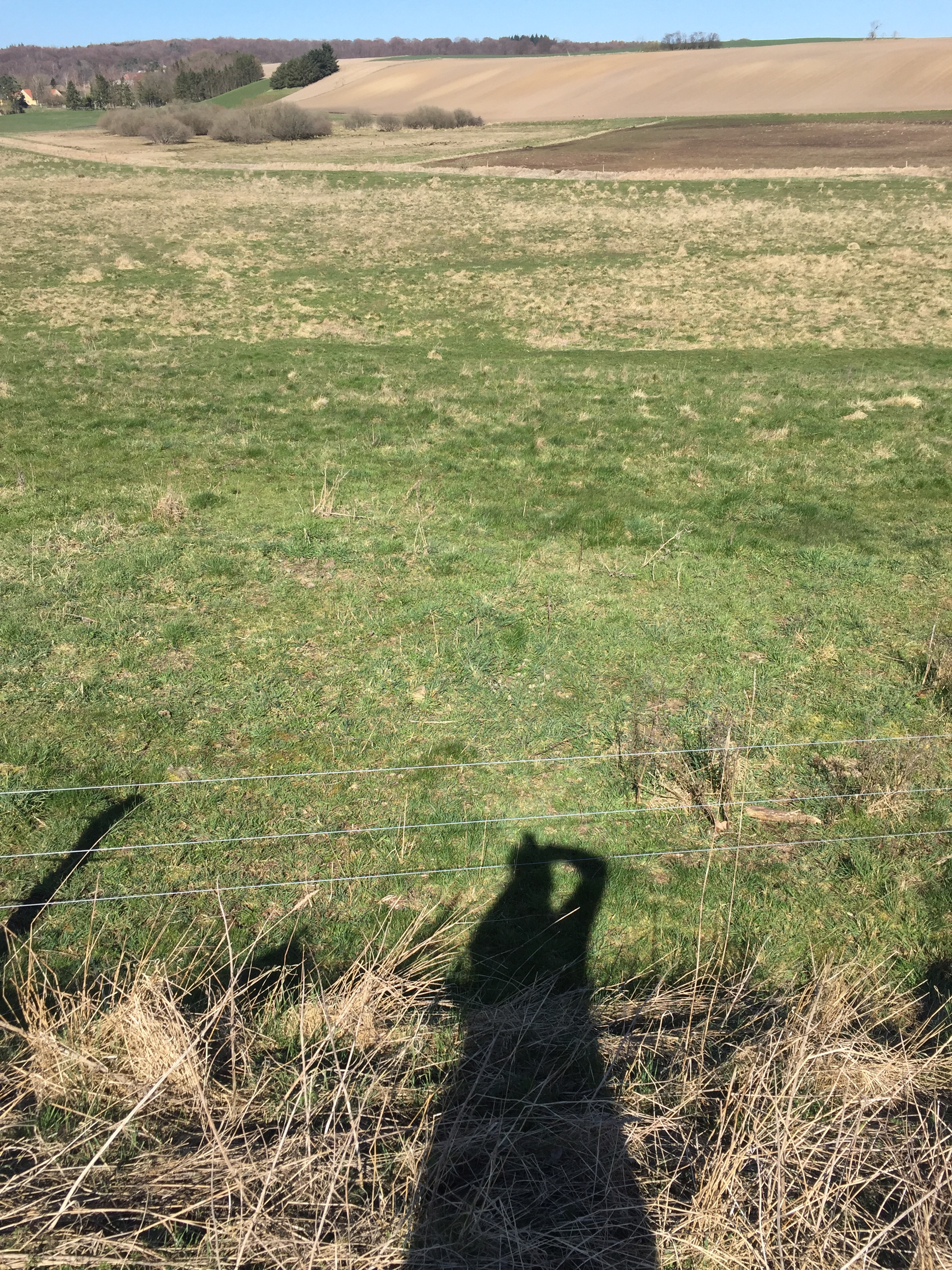 Can you please tell me, if there’s anything else I need to include in her story, before I send it to her? I went for a walk. Nervous and restless. I felt like so much was at stake. What if she didn’t like the way, I had written her story? What if she couldn’t relate to it? Couldn’t recognise herself in the words? Not see her heart, her soul in the story? I felt like, the story was not finished, but couldn’t quite put my finger on why. I left the computer behind and went for a walk, knowing that I would find my answer outside. In nature. I don’t even have to be told any more. I just know.

I started walking and then I saw some dears in the field. I stopped and watched them. I remembered, what she had told me about her experience with a dear. For some reason I wanted to count the dears in the field. They were far away and the sun was in my face. I held up my hand to give shade, in order to be able to see them better. I counted them. There were five of them. It got me thinking, when can you call it a herd? Is it from five and up? As I looked down, I got my answer. Not to the question about, when a herd is a herd, but what I needed to include in her story.

The interview was coming to an end. I knew, I had to take a picture, but was not sure of the motive. My mind racing. In a way, I had thought, that I would take a picture in the forest, while we were out walking, but nothing had come to mind. As we stepped inside her “office”, close to the forest, I saw a bowl made out of wood. It was sitting on the windowsill. It was round and inside there were different colours of wood. And a small hole. I think it looks like a tree, she told me, turning the bowl, so I could see it. There it was. The tree with its crown. I think it looks like a bird. Here’s the eye and the beak. I turned the bowl back to where it was. You’re right she said, I’ve never noticed before.

As I saw my own shadow, whilst trying to count the dears, I realised that my arm had formed an eye – or maybe a heart? It got me thinking about the feather we found in the forest. The one she gave me, and what it resembles to her. And then it became clear to me. I was writing her story, but I was seeing it through my eyes. My heart. Nothing you can write is wrong, my intuition whispered softly. Not as long as you write from your heart.